This month we will be learning about and making a poppy flower.  As you may know, the poppy flower has many great uses. They are beautiful flowers in a flower garden,

The poppy seed is used in foods such as “everything bagels”

Poppies are also used in a symbolic way and of course in medicines.

We will take a brief look at the Poppy’s many uses below.

Poppies are perennial plants, meaning they grow back year after year. Some species are monocarpic, meaning that they die after flowering. Poppies can be over 4 feet tall with flowers up to six inches across.

Flowers can have 4 to 6 petals. The petals are silky, can be of almost any color, and can even have markings. 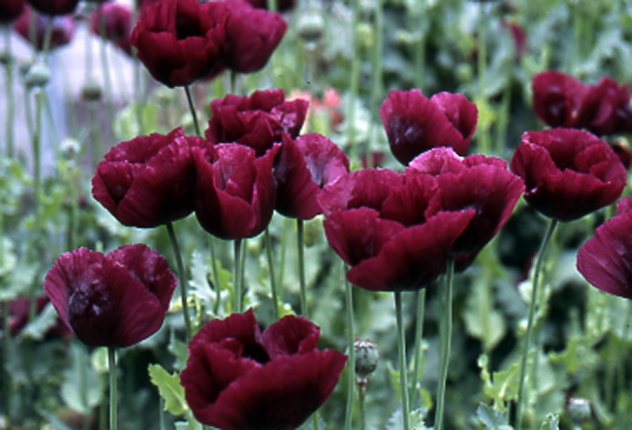 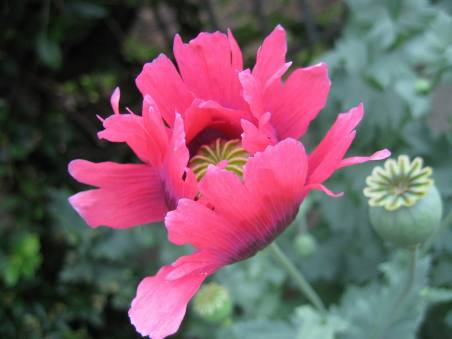 The petals are stuffed into the bud and as they bloom, the petals open up and lie flat. They usually only bloom for a short while and then the petals quickly fall off.  In the moderate areas, poppies bloom from spring into early summer. Bees use poppies as a pollen source. There are 14 kinds of poppies, with the oriental, field/corn and opium poppy being the most common. The pollen of the oriental poppy is dark blue, the field or corn poppy is grey to dark green, and the pollen of the opium poppy ranges from pink to red. This species grows wild in eastern and southern Asia and South Eastern Europe. It is believed that it originated in the Mediterranean region, and were domesticated sometime between 6000 and 3500 BC.

I’ve always thought of poppy seeds being used in desserts or on a roll and really mostlty in kolache. My husband’s family frequents a Bohemian Restaurant and my girls have become huge fans of poppy seed kolache! (I prefer apricot. LOL!) Anyway while researching the poppy flower,  I found out there are poppy seeds in sweet AND savory dishes. Who knew? Below is a small list of “Poppy seed dishes” and a link to the free recipes  Some actually sound pretty good. My oldest wants to make the poppy seed dressing  and I think the Honey Poppy Seed Cornish Hen sounds amazing! Have fun exploring the recipes.

All these amazing recipes and more can be found by clicking on the link below!

We’ve now seen many different poppies and anyone can see what a pretty little flower it is. We’ve also learned how its  seeds can be used for cooking and baking, but did you know that the poppy is also able to make medicines? Inside the poppy pod, there is a milky substance. The sap or milk  found within the pod is used to make opium, which is then used to make medicines. Opium is found in the following medicines: codeine, morphine, methadone, and diamorphine (also known as heroin).

POPPIES AS A SYMBOL:

Poppies have long been used as symbols. They’re used as a symbol of sleep because the opium extracted from them is a sedative. They have also symbolized death because of the common blood-red color of the red poppy in particular. In Greek and Roman myths, poppies were used as offerings to the dead. Poppies used as emblems on tombstones symbolize eternal sleep. This symbolism is present in the children’s novel The Wonderful Wizard of Oz, in which a magical poppy field threatened to make Dorothy and her friends sleep forever.

The poppy is also used around the world as a symbol of remembrance of fallen soldiers killed in conflicts. It’s used mostly in Australia, Britain, Canada (Remembrance Day), New Zealand (Anzac Day)  and The United States (Armistice Day). What you might not know is why it’s used. I did a little research and found out some interesting information. The poppy is used primarily due to a poem written by a Canadian physician. Lieutenant Colonel John McCrae witnessed the death of his friend on May 4th, 1915 and on May 5th,  he wrote “Flanders Fields”. The opening lines of the poem refers to the emerging poppies as being the first flower to grow on the soldiers graves. His poem was later published in the London-based magainze, Punch, on December 8th, 1915. Later, in 1918, Moina Michael, who had taken leave from her job at the University of Georiga to be a volunteer for the American YWCA, was inspired by this poem. She went on to write her own poem, called “We Shall Keep the Faith”, and as a tribute to McCrae’s poem, she vowed to always wear a poppy in remembrance of those who fought in and helped with the war. In November 1918, at a YWCA Overseas War Secretaries’ conference, she appeared with a silk poppy pinned to her coat. She then distributed 25 more to those attending. She went on to campaign to have the poppy adopted as a national symbol of remembrance. The National American Legion adopted it as their official symbol of remembrance, at a conference in 1920. It was at this conference that Frenchwoman Anna E. Guérin was inspired to introduce the artificial poppies commonly used today. In 1921, she sent her poppy sellers to London, where the symbol was adopted by Douglas Haig, who was a Field Marshal and a founder of the Royal British Legion. It was also adopted by veterans’ groups in Canada, Australia and New Zealand.

Hopefully, as you’ve reached the end of this blog post, you have learned how pretty and diverse poppies are, how delicious they can be,  how complex and necessary they are, and what an important role they play in our world!

Up next, the long awaited Poppy pattern!  We have 3 for you, but just one today. All beautiful and quick!  They can be used alone as adornments on gifts, made into pins, added to headbands and of course will be a great addition to your end project (which is to be announced at a later date).  The first pattern was designed by one of our Admins from CAL, Claire Sutcliffe. She wrote the pattern and crocheted the flower with lightning speed. Designing, I’m finding, is one of her many talents.  Thank you Claire for contributing to this project!